Categories
post-title How everything works. Work of the institution through the eyes

How everything works. Work of the institution through the eyes 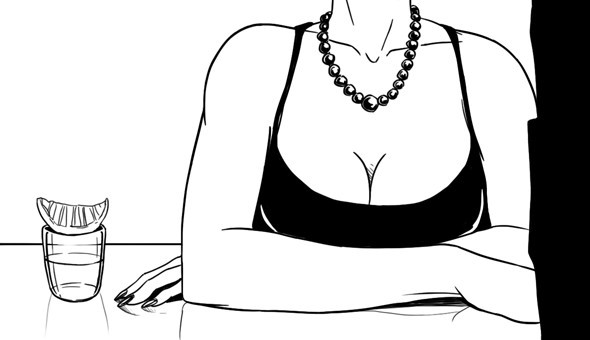 The first question that is asked to the bartender is: why do you come to the bar? Employers pay special attention to the manner of saying: that speech was normal, without dialect and thieves’ slang. On the conversation, they immediately try to figure out who will steal and who will scare off customers. Education does not interest anyone, because the bartenders are not taught anywhere. Of course, there are all these three-week courses. In addition, you will taste more there than learn. 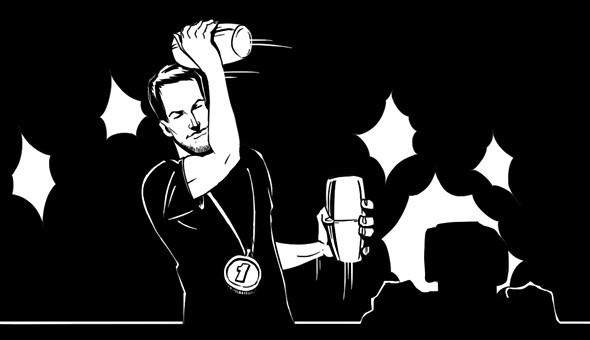 Of course, the obvious advantages of the resume are participation in barmen competitions, which are arranged by famous alcohol brands. There is an international competition. The best in contests is bonuses to winners in the form of business trips to factories for the production of alcohol. For example, you can go to Scotland and see how real Scotch whiskey is made. Or to Italy, to the Martini plant. As for career … First you work at a bar counter, then you are invited to open new projects and new bars, where you can, first, become a chief barman, and secondly, take part in creating a menu and organize a bar counter. Of course, author’s, that is, new cocktails are very few, almost everything has long been invented. But you can distinguish yourself in the title. A good name is the success of the cocktail. If the bartender comes up with it, then the cocktail will be popular. Yes, and if you do well, you can still be entrusted to buy alcohol in the bar. If you are lucky, you will open your bar. Here’s your career. 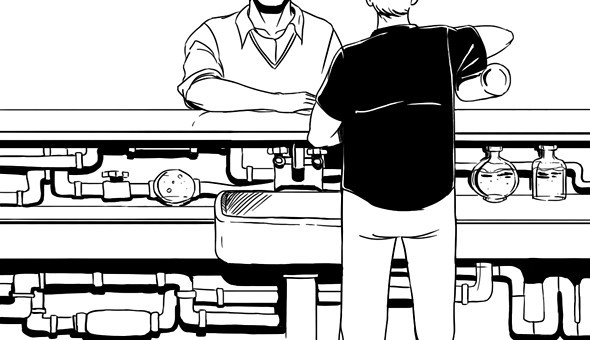 Here a good barman will tell better than any designer. The most uncomfortable bars in the work – when the bar stands in the center of the hall. It is difficult to carry dirty dishes, alcohol, everything is in sight of the guests, which should not be. As a consequence – the order will be given much later than you expected. That is, in the bar at the wall – it’s 2 minutes, and in places where the bar in the middle – it’s about 15 minutes. By the way, everyone is interested in what’s under the counter. There is a special station, where there is a crushed and lumpy ice, jars of syrup, lime, mint and bottles of alcohol with dispensers. A set of alcohol often duplicates the one that stands on the shelves. Rather, a cheaper line of alcohol – this is called a “house-position” – what goes into the cocktails. 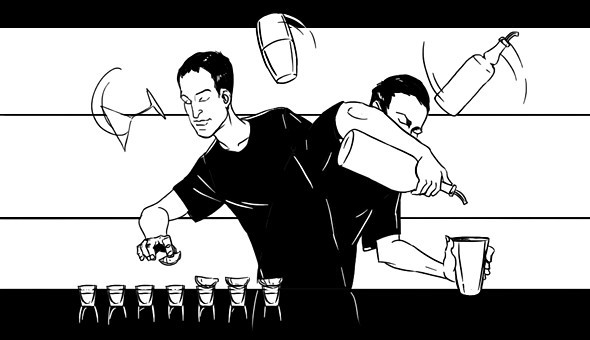 Over the shift comes about 300 cocktails. If you want to live well, then you need to work out at least 20 shifts a month, each lasting from 8 to 16 hours. The most profitable shifts are from Thursday to Saturday. To communicate, it is better to work in the evenings on weekdays: regular customers come who specifically sit down to chat with you after work and drink your signature cocktail. Men always have two topics for conversation – women and cars. Women complain more often, and then they want sex. There is a theme that can never be touched in a bar: religion. So as not to offend anyone. In occasion of girls – a separate article. Girls at the bar can always be tempted. Make her a couple of alcohol compliments, the girl will relax and most often invite to go to her.

To drink or not to drink 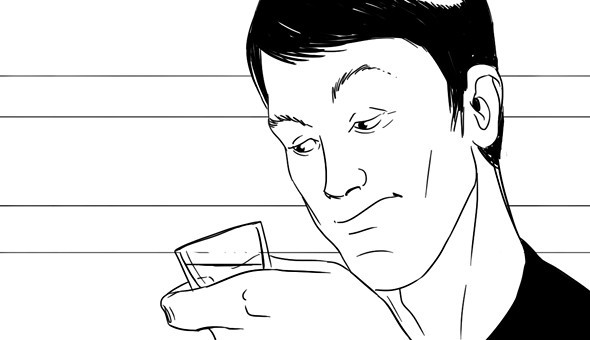 At work you can drink, and almost all drink. There is an unspoken rule – not more than 50 grams, although we correct this rule: you can drink, but you can not get drunk. Someone even welcomes it. But it all depends on the boss-bartender. If he drinks only milk, everyone else will obey the same rule. Although a regular guest to drink – a sacred cause. 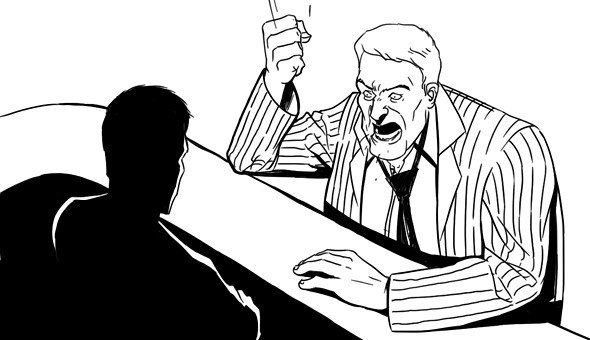 Very often try to slip counterfeit money. In the club Friday night – so simple all the time. And the most common conflict – a drunk client requires the continuation of the banquet. He can start swearing, hit hard at the counter. The barman has every right to refuse to serve him. And offer only non-alcoholic drinks. There are also problems with the score. Guests often do not notice the bar, or he somewhere, especially on Friday evening, suddenly disappears from the counter, and the guest gently tries to leave the institution. Then he proves to the guard for a long time that he paid for the bill, and it’s just that the barman is inattentive, they say, sort it out yourself. If it came to clarifying the relationship and the conflict can not be resolved even by the bar manager, you can watch the recording from the video camera. In ordinary bars, this happens rarely, in clubs, when the guests are sniffed and get drunk, no security will not help, the hope is only for recording from video cameras. 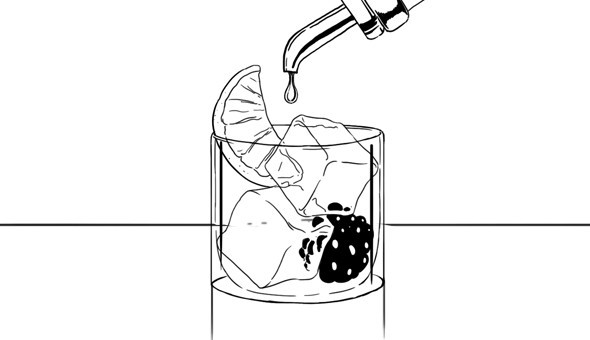 Almost all new bars are equipped with video cameras. Above the bar, in the hall, in the warehouse, so you can not steal it openly. The simplest and most common way to steal from a bar is not enough. If there is lime, sugar, lots of ice or cola in the cocktail, they easily hammer the taste of alcohol, and it’s very difficult to understand how much it is in your glass. There is also such a well-known saying among restaurant workers: “Ice and foam are bread of the barman”. 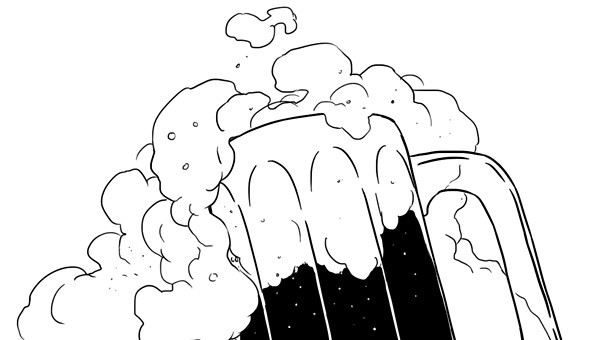 The plastic glasses usually have a mark of 0.4 liters and 0.5 liters. The level of beer with foam may not reach a mark by a maximum of 5 mm. Foam should be on two fingers, and if it is more – it is already nedoliv. But to hide it is quite simple: with a mixer or blender, foam is beaten, from the half circle of which an average of 50 ml of beer is produced. This method works particularly well for unfiltered beer. Another beer can be thinned with soda. Beware of the glasses standing on the bars under the draft: it is from this glass that you will be poured “fresh”, and god knows how many there this beer stood. It often happens that in the institution the staff advises you branded beer, which is supposedly cooked somewhere in a small factory with a special recipe and is brought specially for us. It is worth more, but in 99% of cases it is cheap beer. 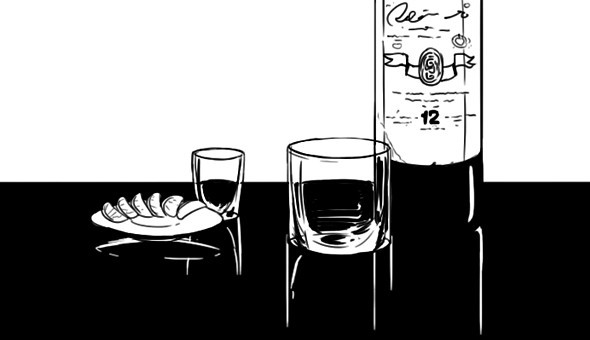 It is desirable to be present at the filling of drinks, which drink 50 grams. According to the rules, before you pour the drink into the glass, the bartender must measure it in a measuring glass in front of the visitor. Drink pure whiskey, vodka or rum with ice – try to order everything individually. Indicator of a good level of the bar – if the barman puts a bottle next to you on the counter from which you are drinking.

Another favorite fraud with alcohol is the replacement of expensive for cheaper. True, pure alcohol is not very difficult to distinguish, much more often such a substitution in cocktails. Sits, for example, a company that drinks expensive vodka. They order more and more. The staff sees when people are already thinking badly, and begins to serve them the cheapest vodka. Usually in a shot with vodka there is a lemon, guests ask it as a snack. The half of the lemon cut into the peel is put on the wall of the shot, and vodka is poured. On this trick, especially if the lemon is of good thickness, the visitor loses 10 grams, and if the lemon floats in a shot, then even more. By rules, the lemon should not touch the drink. 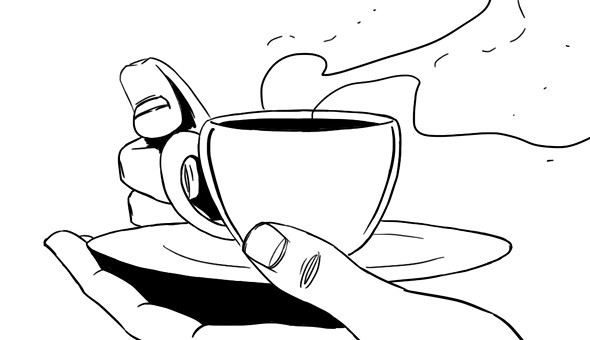 Non-carbonated water should always open at the guest, with a characteristic click of the plug. There are cases when in the already used bottle is poured boiled water and sold again. Freshly squeezed juices sometimes interfere with packaged juices, and a double espresso can always be made from a single espresso. In the well-known coffee houses there is no “Double espresso” item on the menu: they are considered as two espresso. A good, self-respecting barman always follows the quality of coffee. Because it is coffee – this is the drink that the guest tries first on a weekday. 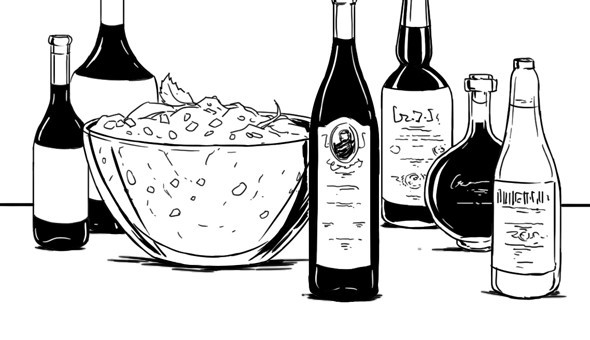 The staff of restaurants and bars make a good profit at banquets. Here the real expanse. The simplest thing is to add all portions of salads to one plate. After all, as a rule, everything is ordered in batches before the banquet. And if you ordered 20 servings of Olivier, it’s unlikely that you will notice that the salad bowl is 17. Therefore, it is better to warn in advance that all portioned dishes are laid out on plates, and not dumped in one heap. At the banquet bottled alcohol on decanters, jugs, etc. You again can not control how many grams there is poured. Ask for alcohol to stand in sealed bottles. Some establishments sin that they start up leftovers from uneaten portions for new portions. As a rule, employees of low-cost establishments and various food shops go for this. Therefore, here there can be only one advice: eat in decent places, which value their reputation and guests. 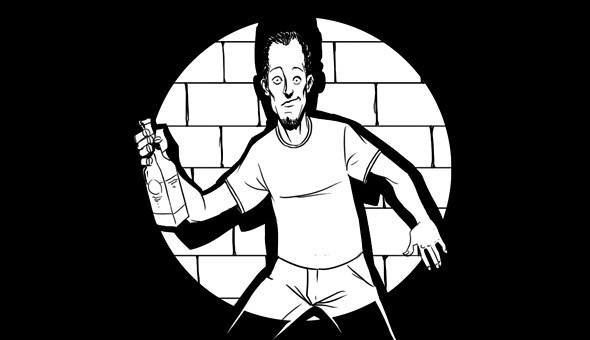 Fines at work are a strange story. We have no one for anything not fine. All the penalties for being late, which managers of poor institutions come up with, are not related to the labor code. But they fire often. The main reason is customer complaints. That is, a couple of times gave a sour or spoiled product or a broken glass, touched with alcohol at work or stole a bottle from the warehouse. All this – the standard reasons for dismissal. Although more often people leave themselves: they can not stand it.

Five years ago, a hundred and a thousand dollars was left tips, there was a client who simply threw money into the bar if it was delicious. Now such a long time no. People began to count money, and even 10% of the tip is left not all. Although there are, of course, exceptions. But to really cut down the money in the bar can be, perhaps, only one way: after a successful weekend, take the cashier and disappear.