Stop theft in the bar really! 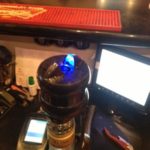 The cost price of alcoholic beverages in the bar is always high enough, and therefore the need for their strict accounting and control does not require an explanation. However, it is this segment of the restaurant business that it is especially difficult to take into account and control, not least because of the numerous schemes of fraud. Not without reason the most highly paid category of workers in the Soviet era were bartenders and waiters: for a year of work they bought cars, changed apartments. Of course, they literally paid their salaries themselves, stealing the restaurant. According to estimates of specialists, even today the volume of losses due to machinations of staff in cafes and restaurants can reach up to 60 percent of revenue. However, modern restaurant automation systems successfully cope with the task of accounting and controlling drinks in the bar.

Such a system really reduces the percentage of theft by the staff, but we must understand that in itself it is by no means a panacea. In order to completely eliminate the possibility of theft, a set of measures is required. If to approach to introduction irresponsibly, the situation with larceny can become aggravated. Often the director of the company, without thinking about the consequences, provides full access to the capabilities of the system to a wide range of people. As a result, users have virtually unlimited opportunities for theft …

Correctly installed automation system allows you to strictly control the work of the bartender. In the restaurant complex can operate around the clock several bars – 3 or 4. To track the correctness of bartenders without automation in this case is simply impossible. 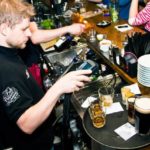 However, paradoxically, sometimes thefts are facilitated by activities that de jure should detect thefts, and de facto only cover them, creating the appearance of well-being. First of all, we are talking about control over the movement of goods – usually it is assigned to the accounting department. Typically, the representative of this unit is poorly versed in the intricacies of the work of the bar and gives an assessment of the activities of staff, based only on figures on paper. In particular, the accountant remains satisfied when he sees “clean” reporting – without shortages and large surpluses. But a specialist, she usually worries.

He understands that in a bar, especially on days of intensive trade, “pure” reporting is simply unrealistic. Personnel mistakes are possible both at product release and at residue removal. If there are several bars in the institution, the cashiers closing the waiters’ checks at the station of the other bar distort the reporting as well (but negligence is another story). Sometimes the inspectors themselves are mistaken, for example, when transferring to the database the columns of “arrival” or actual balances.

That is why “pure” reporting can be considered, although indirect, but quite a characteristic sign that the bar is working to cover theft.

There is an opinion that bartenders should not be entrusted with the removal of commodity balances in the acceptance and transfer of a shift. In fact, it is perfectly normal, when this work is performed by the one who traded or will trade. Otherwise, the employee becomes a hostage to the situation – he can be incriminated with any shortage if he wants. 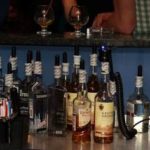 But a really serious mistake is allowed in those bars where the process of removing remains is not regulated and not controlled. In such a situation, it is likely that the report will indicate not the actual balances, but the calculated ones. If during the work bartenders are able to register all checks in the free statement, by the end of the shift they can summarize all the sales for each position and by simple subtraction obtain the “correct” figure of the balance. Sometimes bar employees carry out these actions secretly, and sometimes they do not even consider it necessary to hide them. Sometimes, they do not even fit to the bottles when removing the leftovers.

Even more comfortable conditions for theft are created in those bars where none of the managers check the commodity reports or compare the computer balances with the actual ones. With such a degree of lack of control bartenders may not worry about the figures appearing in the official reports to coincide with the real ones. All the pluses and even minuses of one shift are quietly taken over by the next shift.

It’s hard to believe, but until now, in some bars, reconciliation of the balances is done on schedule – once a month (usually on the first day). Needless to say, that to prepare for it – just a child’s task for bartenders.

More frequent and unexpected checks, although not completely solve the problem of theft, but at least significantly complicate it. Bartenders are forced to drain the accumulated surplus, organize a warehouse for their storage, add alcohol if there is a shortage. All these actions they try to camouflage, hiding behind the removal of leftovers. But to recognize the meaning of their manipulations is not so difficult.

Of course, most institutions try to fight theft among bartenders. But sometimes it’s just a matter of reacting to theft, not real counteraction.