Ten chips to promote the restaurant

Quality service, excellent cuisine, convenient location – it’s certainly good, but not enough. The success of the restaurant largely determines its originality, atmospheric. Now people go to a restaurant not only to eat, they go for impressions. Guests are willing to pay extra money if they get additional value from visiting your restaurant. As such a value can be anything: a unique meal, a famous chef, an interesting interior, an excellent view from the window, a special service or an opportunity to see the celebrity at a nearby table …

“Chip” is “a method by which you can increase the value of a proposal in the eyes of a client, highlight your company among competitors.”

The “chip” becomes the hook on which the visitor bites. And if your restaurant does not yet have its own chip, you definitely need to come up with it … or borrow an interesting find from another restaurateur. 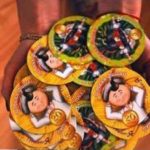 In the world there is a constant and legislatively unbidden total borrowing of ideas of restaurant “chips” of all for everyone – however it is offensive to the “producers” of these ideas. Why? Because the patent for ideas does not exist and it means it is absolutely legal way to increase the efficiency of your business. Of course it’s stupid to use the idea invented in a nearby restaurant, but if you take something from the experience of restaurateurs from other cities / countries … So it’s much more interesting, is not it?

The business consultant developed a similar menu for one of his clients, who wanted to raise sales of the restaurant and increase revenue. The bet was decided on expensive dishes. A new series of high-class and expensive dishes was developed. Expensive, both for the ingredients, and for the design and filing. But they did not enter the general menu. All these dishes were presented in a separate premium menu, which was invested in the general, but was not part of it. Thus, new dishes began to be perceived as a special offer. Menu for the favorites. By the way, it was designed to fit the presented dishes – expensive and luxurious. The effect surpassed all expectations. The profit went up the hill, and customers were pleased to order new dishes. And no one was embarrassed that their price is significantly higher than that of the main menu dishes. The owner of a small cafe-bar has optimized the cost of smoking customers, instead of equipping the insulated veranda as a place for smoking, he ordered bright red vests with the logo of his institution on his back. Turning smokers into a bright advertisement of his institution.

The bar does not have fixed prices in the menu, they change every time depending on the demand for a particular dish. The pricing principle in the bar fully copies the principle of the exchange: those menu dishes that are ordered more often by customers are more expensive, while unpopular dishes that are rarely ordered are at the lowest price. But since pricing is similar to the stock market, all the dishes in the menu eventually win.

In the bar behind the bar is a mannequin depicting a regular bar. He is completely naturalistic: he sits in a relaxed pose, propping his head in front of an empty mug. Among the visitors, the mannequin is very popular and buys a drink.

Guests of the institution knock out their privileges from the owners … with the help of a game of darts. You can offer a discount equal to the amount of points collected, and you can arrange a dessert or cocktail rally, assigning a cost in points in advance.

In the hotel restaurant, visitors receive a one-time “Kodak” camera as an order. Original and pleasant “trifle for memory”.

n the bar, you can order wine in glasses of 5 and 15 ml each for a sample, so that it’s easier to choose a large glass or a whole bottle.

In the club, at the request of the visitor, he is brought a board game to choose from: dominoes, checkers, backgammon, lotto. As a result, the client can have supper, and then, drinking coffee with dessert, play a game with friends. Thanks to this chip, you kill several birds with one stone at a time – laying “love seeds” at a party, increasing their loyalty, making sales (the main thing is not forgetting to offer “pour coffee”), and the cafe is not empty. The bar has two chips at once. First – the bar is behind the cabinet, in the literal sense of the word! To get there, you need to know which leaf of the bookcase to pull. The second counter is the “online bar”. Above the bar, a camera is installed, which transmits what is happening in the bar to the official site of the establishment. Now any guest can watch the work of barmen and cocktails from home. Here you need the creative skill of the chef. For example, there is a dessert “Chocolate cake with hazelnut praline and banana sauce”. Called this position is quite harmless, but it looks just killer: on the plate you endure a brick with a trowel and building compound … Guests will happily share on social networks a photo of an unusual feed or an interesting name for the dish. And with curiosity try the soup-puree under a foam with the name “Cappuccino” or a salad “Napoleon” instead of a standard cake.

Fantasy is a great thing, the main thing is not to overdo it! So, for example, a piece of a restaurant was the “Banquet of a cannibal”: a body is brought into the hall on a hospital gurney, which the surgeon begins to dissect and lay out on plates. After all, the body is just a container filled with dishes under a red sauce simulating blood …