Unconventional ideas in the restaurant business

Any good restaurant is first of all a show … In the world there are a lot of anomalies and a lot of talented restaurateurs, whose fantasies are only enviable. However, it is hardly possible to list all the unusual restaurants of the world – such a study would require writing a multivolume manuscript. But it’s hard to resist the temptation to talk about the most original restaurant concepts.

Kinderkookkafe is the most unusual restaurant in Amsterdam. Instead of adult waiters in this truly childish institution, young Dutch people not only serve visitors and bring bills, but also cook under the supervision of an adult chef. The food is delicious, especially desserts. And with what pleasure visitors leave a tip – this you will not see in any other restaurant … 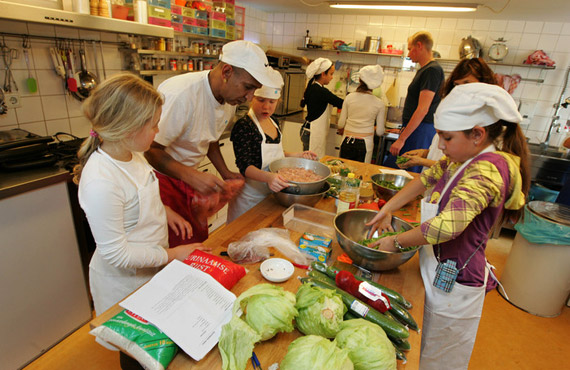 The first restaurant (in the full sense of the word) without waiters opened in Nuremberg, Germany. Waiters at the Baggers restaurant were replaced by a fully automated ordering and delivery system. For this, there is a touchscreen on each desk, which provides an opportunity to get acquainted with the menu and make an order. Ready meals are delivered on rails leading to each table. 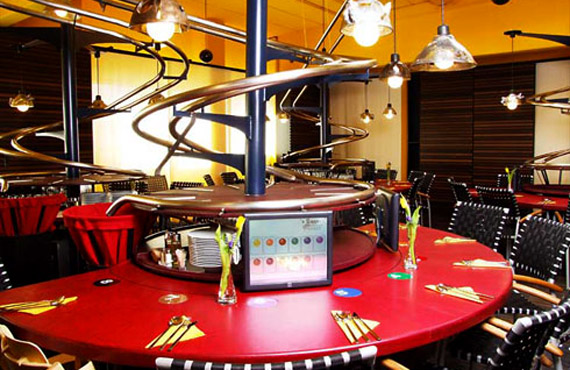 O’Noir Montreal – “dark” restaurant. The interior of the restaurant is made in dark colors, and the waiters in the night vision devices meet and accompany the guests to the tables. On the territory of the restaurant, lighters, mobile phones and other illuminations are prohibited. The first such establishment was opened in 1999 in France, since then the idea has become so popular that today in the dark one can dine almost in any country in the world – Germany, England, the USA, Russia, Australia, China, and in Canada also with blind waiters .

The goal is the social rehabilitation of blind people who can not return vision. The sensory sensation of eating in the dark is different from normal perception. For example, the taste of vegetables is felt sharper, and the white fish becomes tasteless. Cooks and other restaurant staff are ordinary people. The restaurant not only offers food, but also arranges musical evenings and wine tasting. Impressions of the visit “In the Dark” remains for a long time. 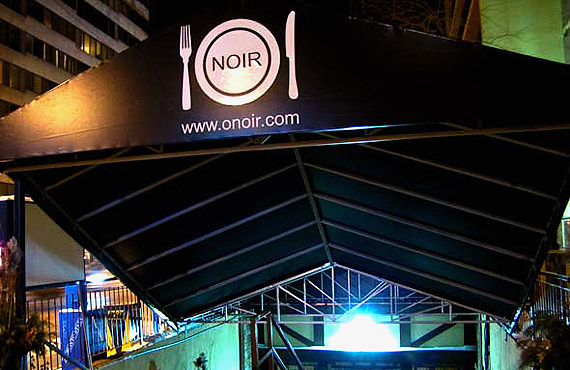 Restaurant De Kas in Amsterdam. Here, the vegetables are grown and collected to the table right next to the restaurant. What better way to demonstrate the naturalness of the ingredients of the dishes served. 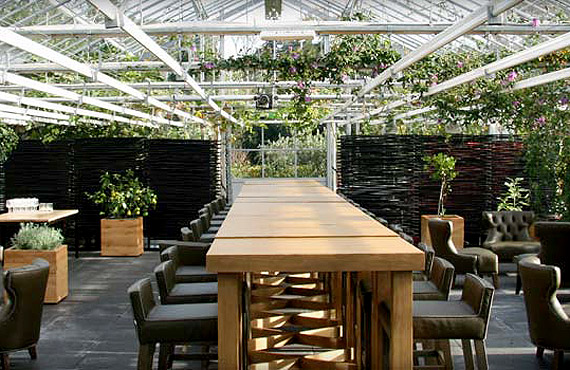 In Taiwan, a restaurant with a toilet theme is very popular. In Modern Toilet Taipei – dishes and chairs in the restaurant are made in the form of toilets … “We sell not only food, but also a good mood. The menu is nothing special from other restaurants, but we have fun, “says the restaurant owner. 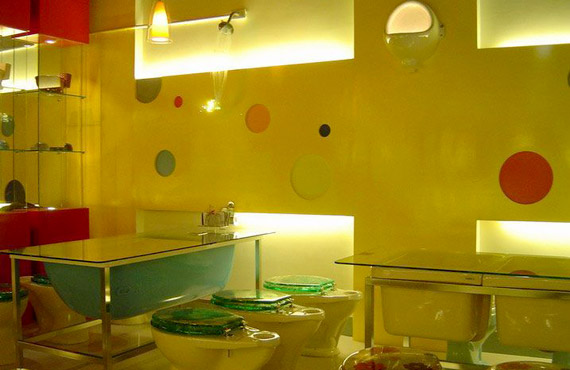 In the restaurant Observatory Restaurant Johannesburg in South Africa, gastronomy neighbors with astronomy. In between meals, you can look at the stars. 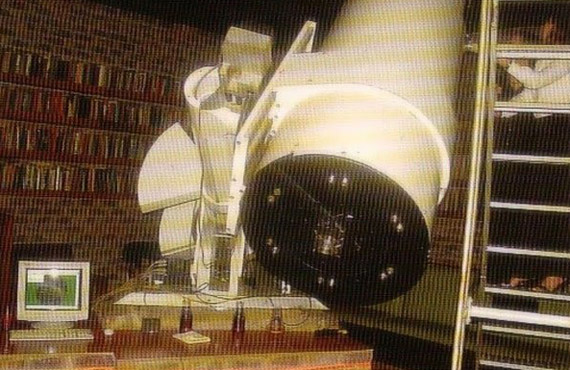 At Big Texan Steak Ranch Amarillo in the United States regularly conducts an action for visitors – you can not pay for a two-kilo steak with garnish, if you can eat it in an hour. Few visitors have succeeded … The restaurant’s management knows this physiological feature of the human body, and therefore arranges this action. In this way attracting visitors and observers. 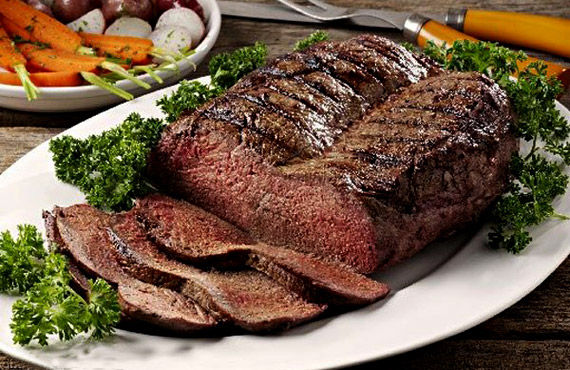 In Tokyo (Japan) restaurant Alkatraz the halls are decorated for prison cells. Not for the faint-hearted … Lattices, lattices, gratings. And in the restaurant Bollesje, located in the former prison of the German city of Rüdesheim, guests in front of the entrance are fingerprints and read the rules of conduct. Then visitors are invited to try “thieves cocktail” and put on a prison robes, in which they for a while are immersed in the atmosphere of prison life. 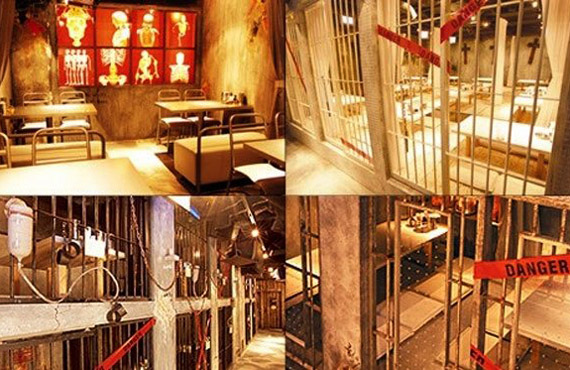 Chacaltaya ski resort Cordillera in Bolivia – one of the most high-altitude restaurants in the world – 5340 m above sea level. To get into such a restaurant is an achievement!

Kuappi Iisalmi in Finland – the smallest restaurant in the world – one table with two chairs. A big company will not clear up, if only by turns. 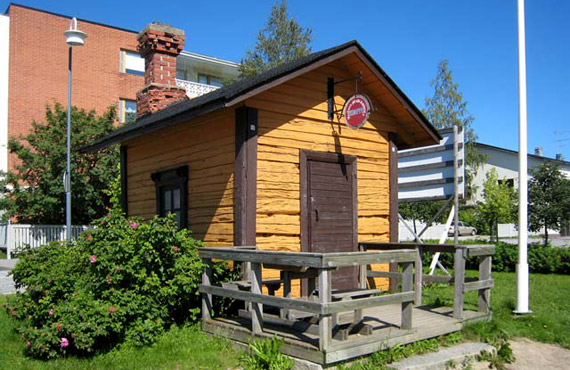 In the middle of Broadway in New York, you can travel back to the 50’s. The interior and menu of the restaurant Ellen’s Stardust correspond to the typical “diner” (roadside restaurant) of those times. All the attendants – professional singers, entertaining visitors with variety numbers. 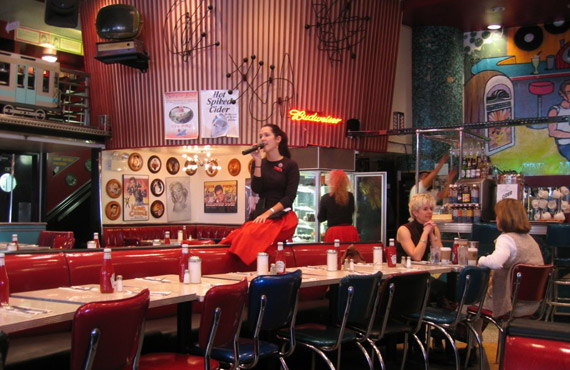 Ghetto Gourmet is not even a restaurant, but a gastronomic social mini-network, a club in which there is a great opportunity to eat in a pleasant and sometimes unexpected atmosphere. The owners of the restaurant arrange regular gastronomic meetings of club members in various places, from a parking lot and an art gallery, to the home of a member of the community. 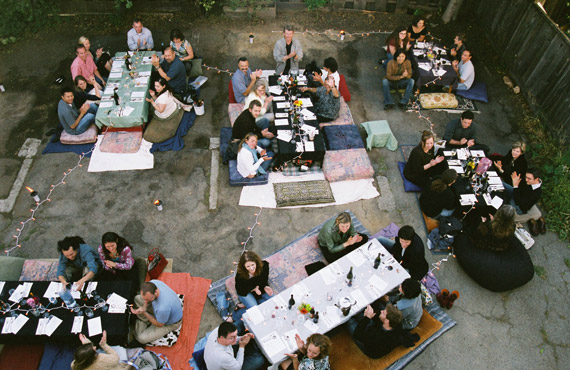 Constant clients of the club themselves vote for the place where the next dinner will be held. During the meal, the congregation talks freely, as mostly everyone is already familiar with each other, watching entertaining and cultural programs organized by the owners of Ghetto Gourmet.