Categories
post-title The most unusual restaurants in the world

The most unusual restaurants in the world

Restaurant in the cave 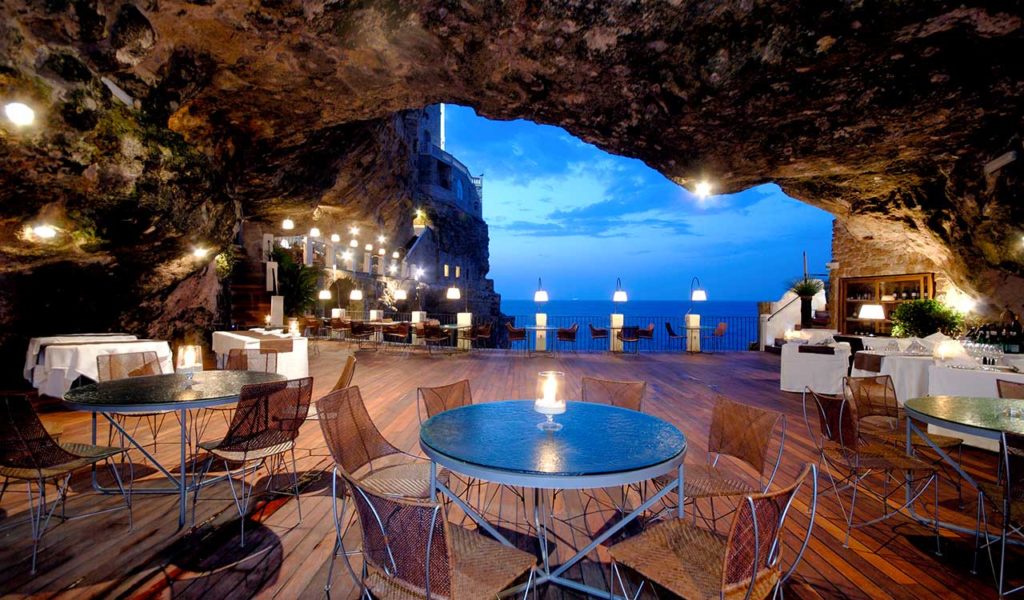 A magnificent restaurant built in Italy, from which a beautiful view of the Adriatic Sea.

The restaurant itself is located in a cave and is part of the Grotta Palazzese in the town of Polignano a Mare. The menu of the restaurant is mostly Italian. 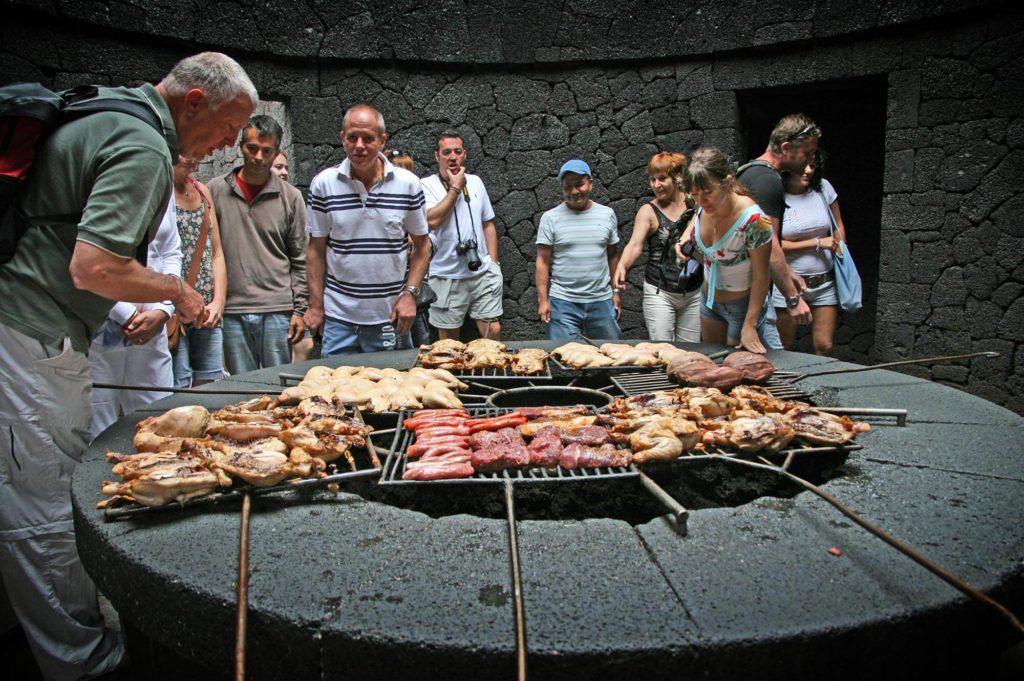 Above the active volcano on the island of Lanzarote, which is located to the north-west of Morocco, is the restaurant “El Diablo”.

True, this is not such an active volcano, as is commonly understood. Instead of lava, it ejaculates the ordinary heat. In this heat, the restaurant’s chefs prepare their own dishes, in the kitchen over a small volcano crater. 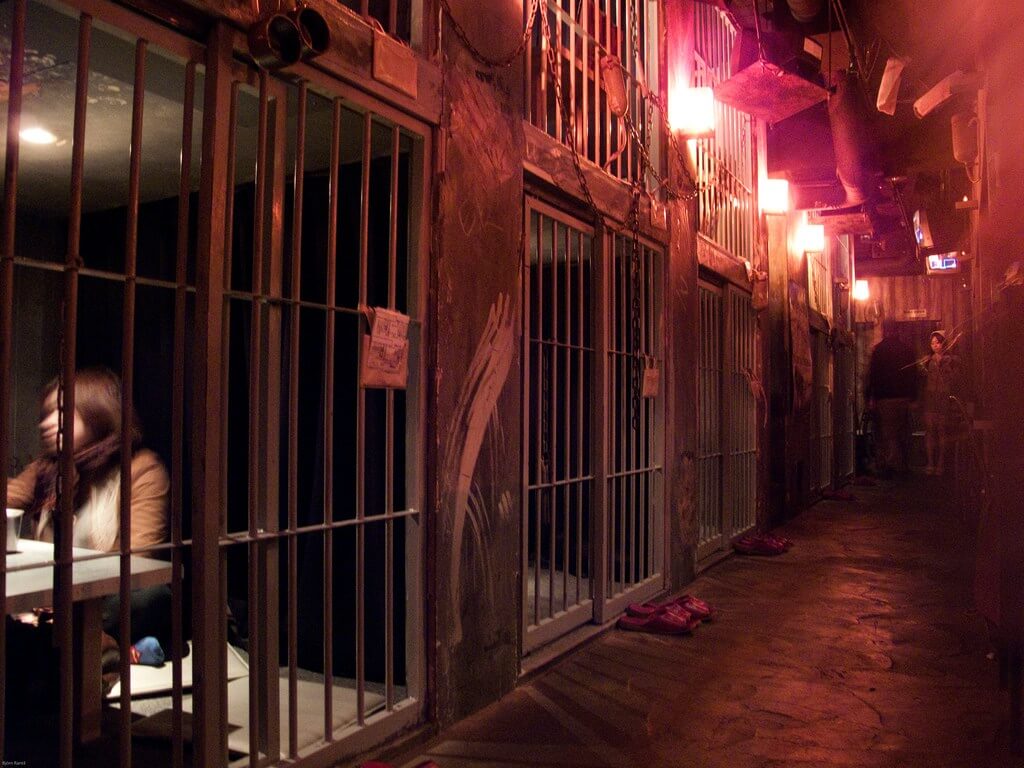 Another interesting restaurant, where the “medical prison” or “prison hospital” environment, and the visitor acts as a patient, is the Medical Prison Restaurant.

Waitresses in the clothes of nurses, and the first thing they do is portray a stab with a huge needle in the ass to the patient and close it in the cell. In Medical Prison you can order “Dead chicken”, “Penis-sausage” and “Offal”. There are many more cocktails with strange names, which are served in syringes, syringes, dummy heads. In general, for fans of unusual places this restaurant is the place. 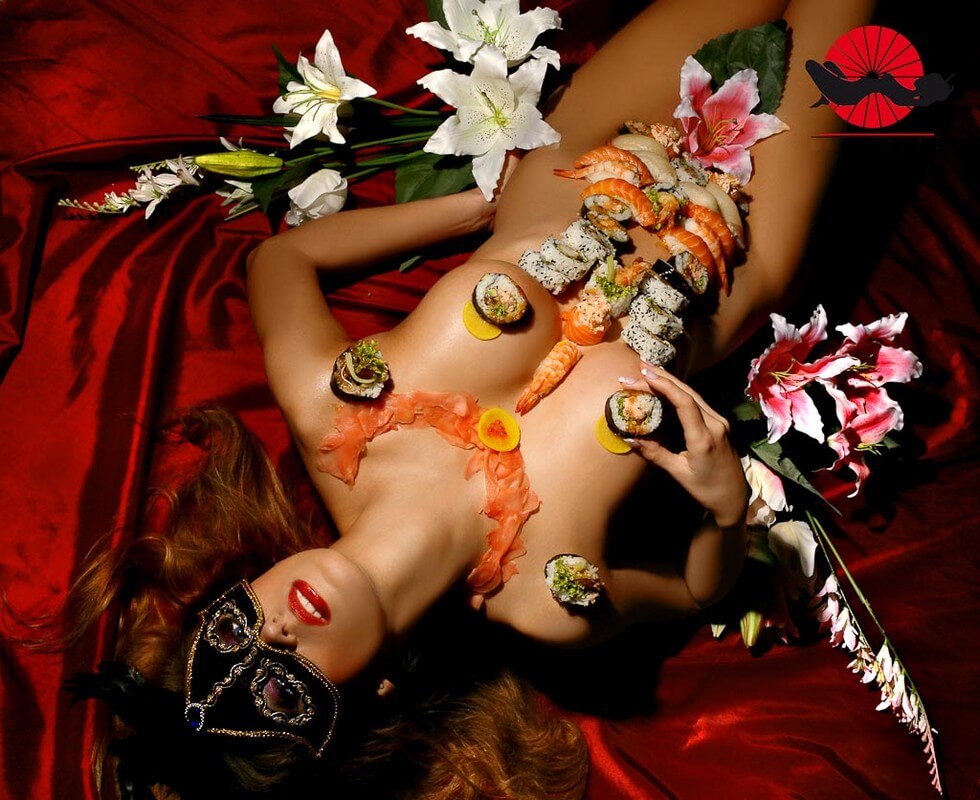 In the United States of America in Los Angeles there is a Japanese restaurant “Hadaka Sushi”.

In the restaurant “Hadaka Sushi”. Dishes are served on the bodies of beautiful girls.

Restaurant by the Falls 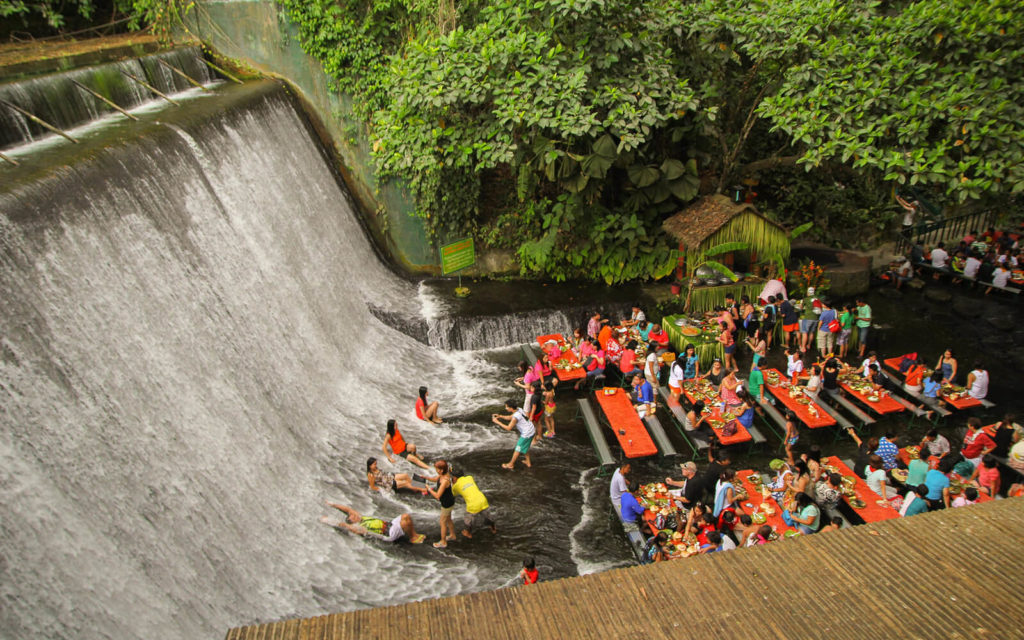 In the Philippines, too, there is an unusual restaurant. To attract tourists, Filipinos have come up with a restaurant in the immediate vicinity of the waterfall. And although the kitchen and furniture of the restaurant are not noticeable, the atmosphere itself makes an indelible impression on visitors.

In order to go to the restaurant it is suggested to take off shoes, since, as such, there is no floor, and all visitors absorb food under the sound of a waterfall dangling in cool water.

Surely a very pleasant feeling, considering that the air temperature in this country is quite high from 30 to 37 degrees Celsius. The restaurant is located on the Villa Escudero and is very popular with tourists. 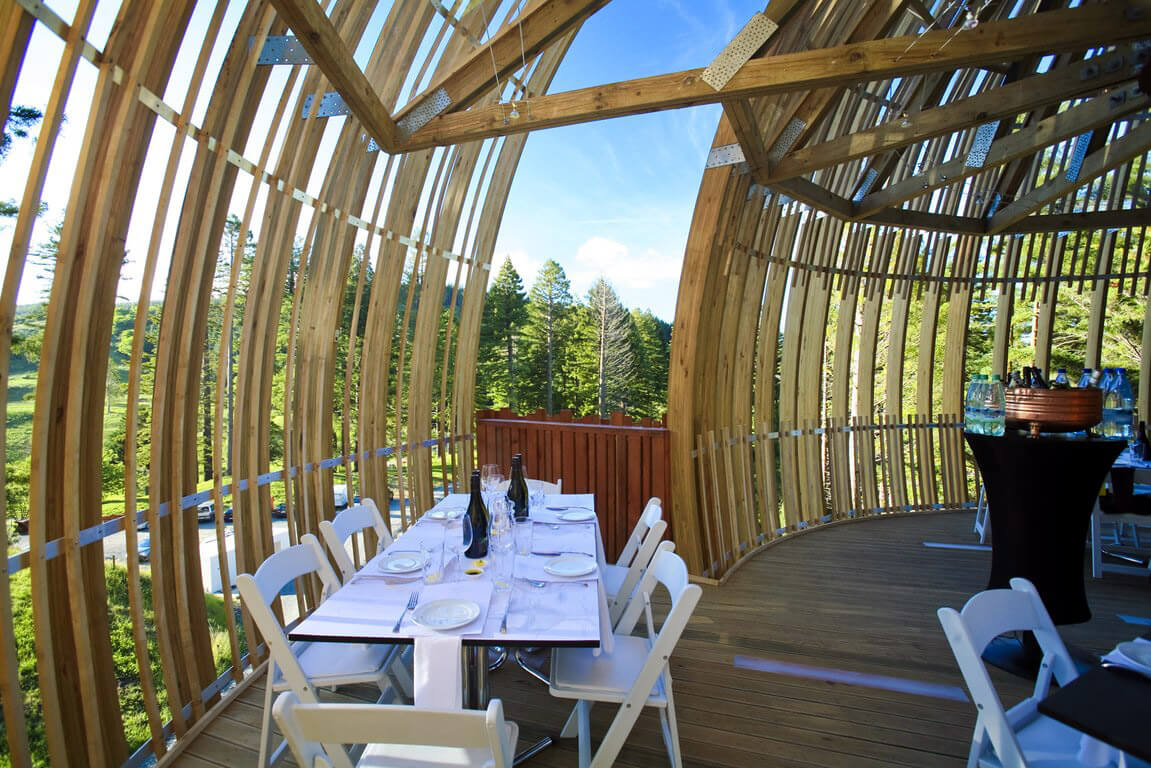 Nowadays, new technologies, when buildings of plastic and glass are increasingly being built, you can still find a place where you feel yourself a part of nature and even taste the most delicious food there.

Such a place is the restaurant The Yellow Treehouse in New Zealand built by the project of Peter Eising and Lucy Gauntlett. The restaurant is set on a tree at an altitude of 10 meters.

Restaurant «Dinner In The Sky» 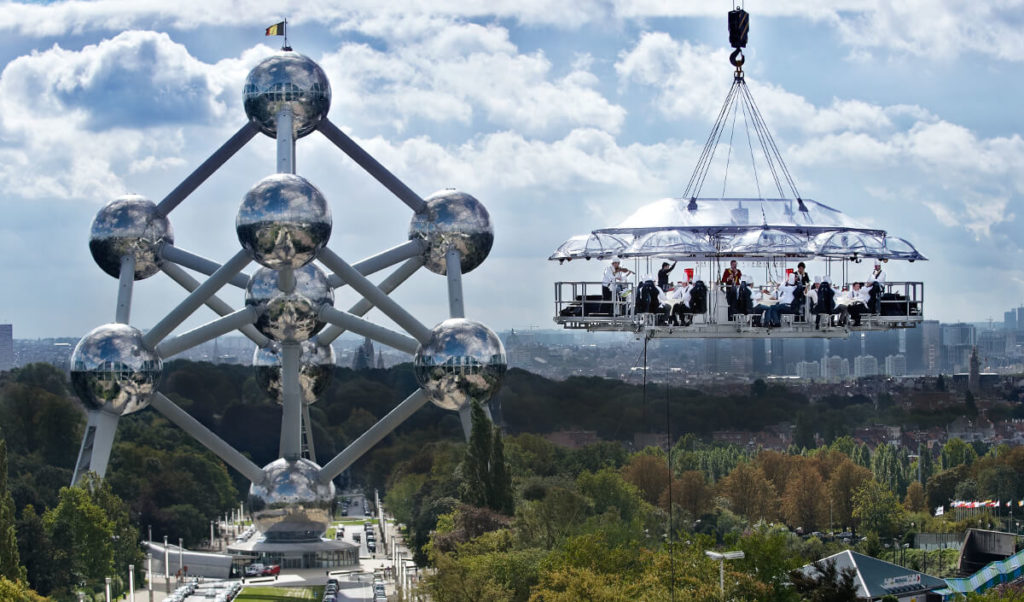 A hanging restaurant called “Dinner In The Sky”, where you can have dinner between heaven and earth, was invented in Belgium, where he began his triumphal march through Europe.

The construction can be transported to any place – it has already hung in Brussels, Paris and Budapest. So fans of extreme pastime this restaurant will leave delight after his visit.

One of the most beautiful restaurants in the world, is part of the Hilton Maldives Resort and Spa restaurant chain and is located in the Maldives.

The uniqueness of this institution, calculated only for 14 places, is that it is under the oceanic water column, which is about 5 meters.

For the visitors of the restaurant, a magnificent spectacle opens from the skates floating over their heads and other fish inhabiting the local waters.